InviteContacts is a new type of social action we have included on the dashboard, using which you can send invites to multiple users together from within your contacts list. The invites are sent either through EMAIL or SMS, depending upon which option the user selects while sending the invite, you can also configure in your app if you want to provide sharing via EMAIL, SMS or BOTH for the InviteContacts social action using the av_invite_contacts_action style attribute as described in the Referral Screen Attributes, by default it implements BOTH.

The below screenshots show how InviteContacts looks on the device. 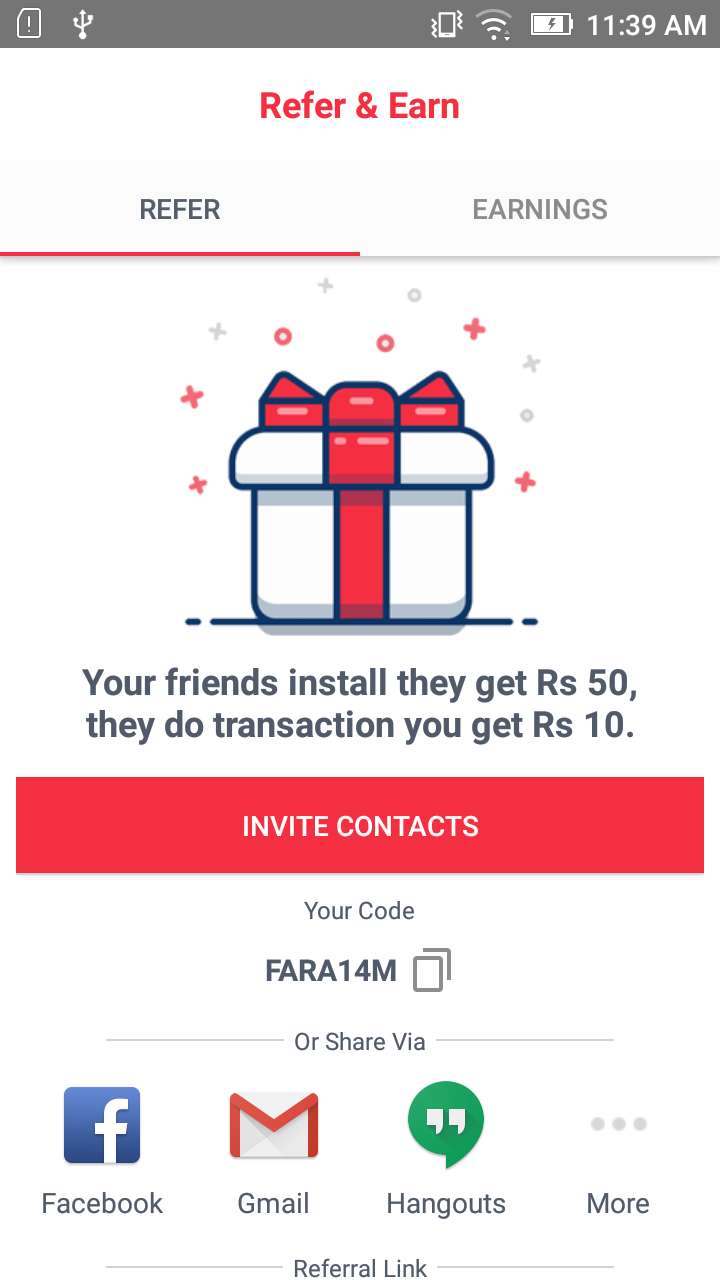 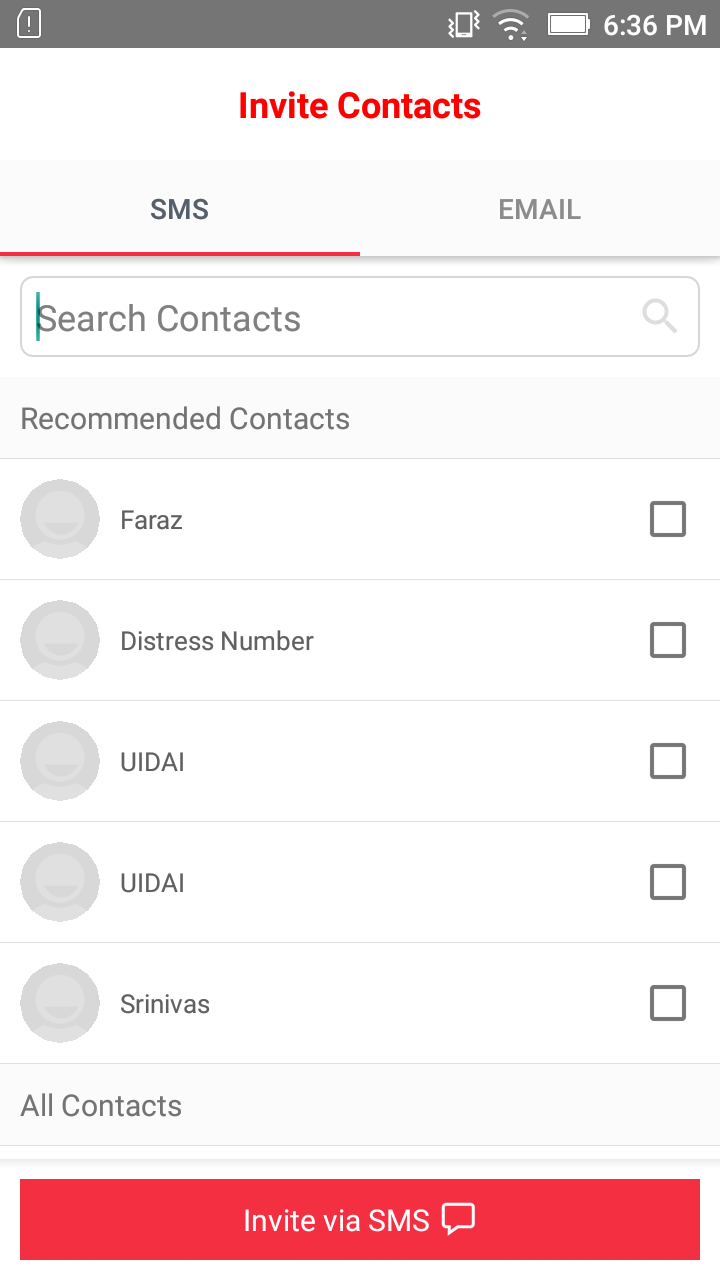 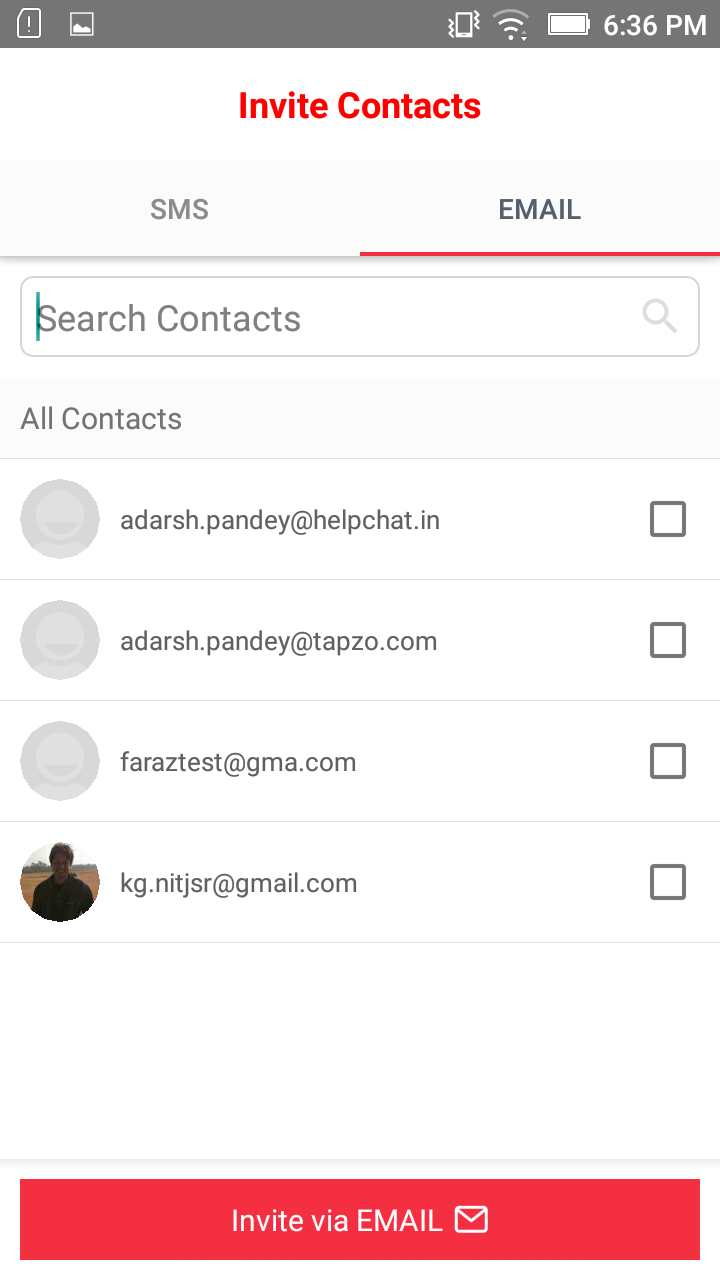 Once you create a campaign on dashboard, click on the EDIT option for that campaign where you will see the InviteContacts social action under Social Channel Selection section, turn it ON and configure the subject, message and display order as per your requirement. 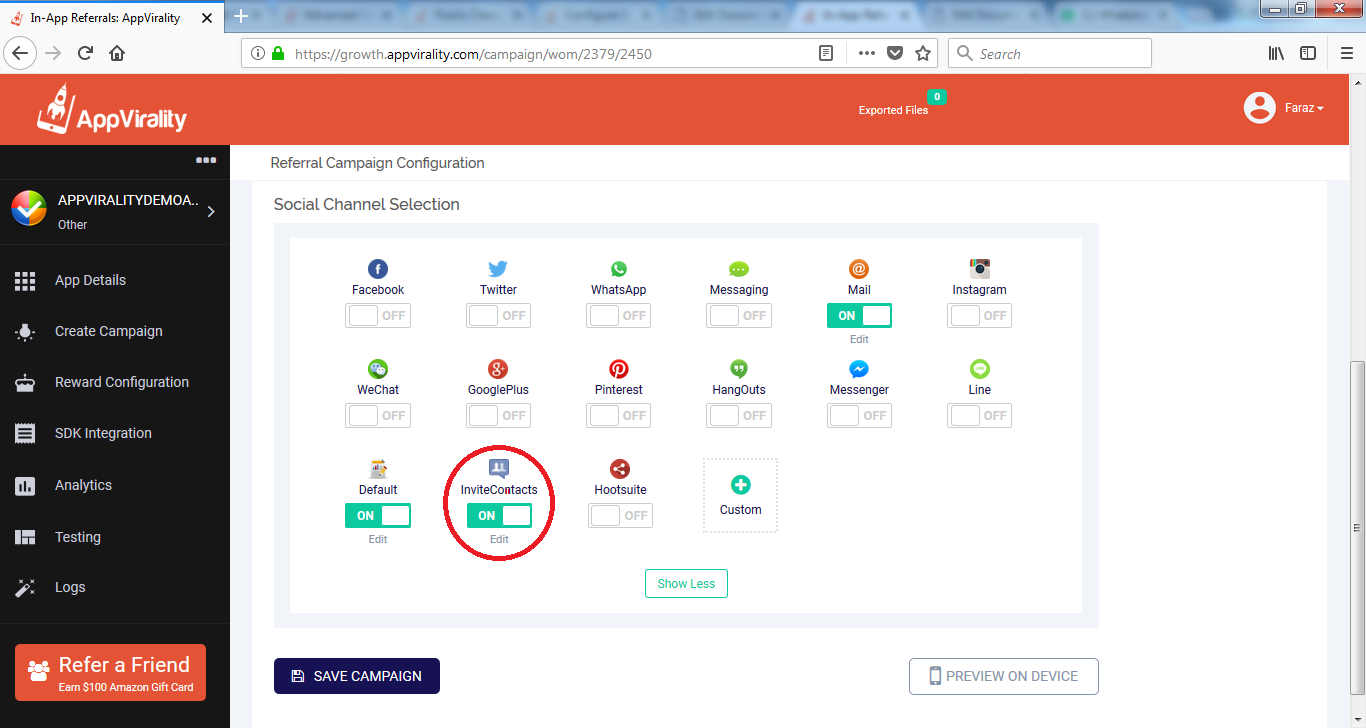 Configure InviteContacts on your app

Add android.permission.READ_CONTACTS permission in your app’s manifest. This is needed to read the user’s contacts.

Add the following InviteContactsActivity declaration in your app’s manifest.

The AppViralityUI component contains InviteContactsActivity class, which implements the InviteContacts feature inside the app. It actually reads the user’s contact list to create list of contacts having user’s phone numbers and email addresses, and then display two separate fragments for sharing via SMS and EMAIL respectively, from where the user can select contact(s) to whom he want to send the invites and just click on the Send Invite button, post which default SMS or EMAIL client would be launched with the selected contacts prepopulated in the recipients section, once user clicks on Send from there, the invites will get sent.

This way user would be able to select all the contacts at once and send the invites to all of them with a single click.

Was this article helpful to you? Yes No